Hey there.
You don’t know me and why should you? But, HOPEFULLY, soon, you will at least of heard of ‘The werewolf chronicles, my upcoming début novel series and as a result, I have been asked to contribute to this blog.

For me, it is very exciting to be asked to volunteer my opinion on anything. Mostly because as a child ALL I learned in school was “Sit down and shut up, Andrea. NO-ONE is interested in your opinion”.(yes, I was THAT kid) It is possibly why I have so much, indeed, some might say, ‘too much’ to say now. -But I digress (digressing is something I do A LOT also.)

I can rarely stay on topic, which brings you nicely into my writing style. I write EXACTLY like that. In the edit, we do a little shuffling.

Who am I kidding we do A LOT of shuffling.
side note; ‘we’ isn’t the royal ‘we’ it mostly consists of me, my muse and bouncing ideas off of my SUPER intelligent 20-year-old daughter.

The reason? A. D. H. D. Attention deficit hyperactivity disorder. -which is a bit of a misnomer, as it isn’t exactly a deficit in attention, just an uneven, unmanageable, unpredictable, attention. As a result? I can pay attention to many things without really paying attention to anything, but occasionally? A few things may stick.

As a result, if I think of a scene/idea, I have to get it down THEN and THERE or I’ll get distracted and COMPLETELY forget it. -another beautiful symptom, ABSOLUTELY NO memory of WHOLE conversations/thoughts; so often, you sometimes fear you have dementia.

However, it isn’t ALL bad. THANKFULLY I have a mixed blessing in Hyper-focus. Hyper-focus is the ability to focus on something to the exclusion of LIFE (a suffer has been known to be so focused on playing a game, their house burned down around them) in that context? Not so good. However. In the context of writing? It has, in ALL reality, allowed me to actually complete a novel, to the point I should be self-published in a few days.

To understand the magnitude of this, you have to understand something. I have NEVER, EVER completed ANYTHING in my life.
A. D. H. D means you may get interested in something but after a very short time, you COMPLETELY lose interest and move onto something else. -rapidly

Actually thinking about it. That’s a bit of a fib. I HAVE completed something.
I did raise 3 children. However. The choices regarding not completing the task were rather limited there.

I, myself, read mostly dark fantasy/horror type books, but I like books with clever premises.

So, I like things like the ‘day-watch/night-watch’ series by Sergei Lukyanenko. Because it delves into the realm of the supernatural from a ‘policing/KGB style’ kind of angle and is just very VERY clever.

I love Anne Rice, of course; who paints Lestat and his world in gorgeous vibrancy is another favourite and I drew more than a mild inspiration from her vampire chronicles.

But I also ADORE Minette Walters, because of how she just yanks you into the story and the clever twists and turns she utilises are breath-taking and of course gruesome death? -well? What’s not to like?

When it comes to a story, ANY story. In my view, the best heroes are NOT all good and the best bad guys are NEVER ALL bad. I love exploring the complex contradictions that make up the human condition.

‘What if?’ is literally my favourite question. I also have a firm belief in the God of the new testament. I study eschatology (the study of revelation and end time prophesy) and have found a wealth of ‘what if?’ arguments in the books of the old testament times that were not canonised. (not included in the actual ‘BIBLE’ as we know it)I own a copy of the 1st part of the Apocrypha, which has several of these books in it.

My writing style is COMPLETELY chaotic. It involves MAD MAD draft writing and crazy, cry-editing. I may write a story well and just like other writers at one point, but I ALWAYS slip back into old habits. Plotting? Planning? These things are impossible for me to do, because I may miss detail sticking to a rigid format.

The killer is, planning and outlining a novel would be SO much easier IF I could just do it like that. Unfortunately A. D. H. D. does not allow me that luxury. So I write. I start off with a ‘fair idea’ of where the story might go. I focus on the feelings of the characters and the behaviour these feelings may produce. I focus on their pathologies. ‘Why do they act that way?’ and hope to God it goes somewhere.

I write pretty much like I talk, incessantly and without punctuation. If I talk to you personally and tell you a story, I’ll jump back and forth seamlessly. Sometimes only other A. D. H. D. sufferers can keep up. That is why I value my beta-readers/proof readers/editor’s.

I write, back and forth. I read what I have written. Then I notice what I’ve missed and add it. – Its bloody exhausting to be perfectly honest, but I can’t help it.

If I write something and it doesn’t go anywhere, I’ll leave it on my desktop and dip into it when I write other stories.

DESPITE my A. D. H. D and maybe because of it. NOTHING is wasted. My writing style seems to be Write/hope/shift it around/write some more. For me writing being structured just isn’t a realistic goal, because for me? Well it just isn’t achievable. I write, then the edit is a jigsaw puzzle and where the structure will almost magically appear.

My actual goal in writing is about empowerment of the individual and especially women. My main characters are ALWAYS strong, independent, interesting women, who have quirky pathologies. Ultimately I want to introduce a trope of women who DON’T need rescuing by men, but who rescue themselves and go through a journey of self discovery. I have drawn inspiration from life also.

I LOVE strong women in powerful roles, especially in law enforcement. Like, Yolanda McClary the woman who inspired the TV show ‘CSI’. Her partner in the television show ‘Cold Justice’ Kelly Seigler who herself is a prosecutor with the enviable record of NEVER losing a case and my all time favourite Dr Jan Garavaglia M. D. These women are some of my favourite inspirations. Women who are top of their VERY male dominated professions.

I guess my favourite stories are the ones about transformation. Which is of course the theme of the first novel I shall be releasing on Halloween.

It is a werewolf serialisation. However. If you’re looking for the traditional idea of a werewolf, you might be surprised. They aren’t what you think they are! To learn more? Well you’ll have to read it on 31st of October and this is where I KNOW I am going to struggle.

I am terrible when it comes to spoilers and so that’s as far as I am allowing myself to go with revealing the storyline. It is VERY difficult for me because I want to tell you all about it. I WILL give you some of the MANY themes;

And/or join me on facebook on 31st October for the launch party.

Alternatively go to Amazon and pre-order a copy of the first book in the series of the werewolf chronicles. The Heir Of Gevaudan and discover how the story of that wolf, nicknamed the Beast of Gevaudan, that terrorised a small village outside France, concludes in modern day England and Scotland.

In closing, my advice to other writers is, don’t obsess over the process, do what works for you. Even if it is chaotic and structureless. Creative minds cannot be boxed and if you persist, you will be truly amazed at what you can produce. 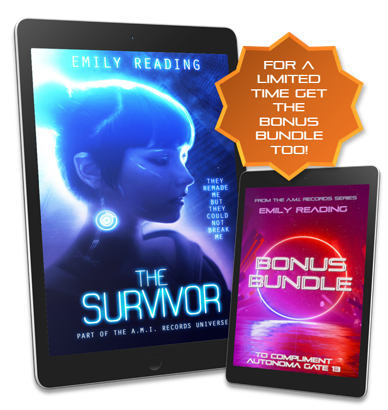